You could be forgiven for thinking this photograph was taken on location of ‘Jurassic Park.’ Or the series ‘Lost’ for that matter.

Its the interior of ‘Raratonga’ – the largest and most populated island of the ‘Cook Islands’ group.

It was so green and so humid up there. We were just below Mt Te Rua Manga, the highest peak on the island. (658 m above sea level)

The jungle was so lush and the green really was as vivid as shown in this photo…. 🙂 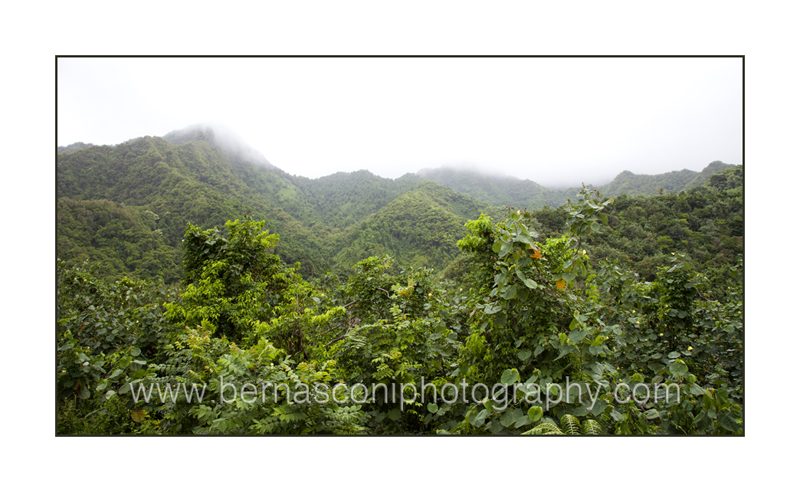